A Nation of ‘Waiters’

By Sarah Fallaw on Sep 1st, 2016 in Current Events, Studying the Wealthy

The inter-generational wealth transfer that is looming in the United States is also being anticipated by our friends in Canada. “We are a nation of ‘waiters’” writes Garry Marr in the Financial Post, “as in, we are waiting for parents and grandparents to expire to get our windfall.” For a variety of reasons, that statement […]

Respect for The Classics

My brother and I grew up on healthy doses of Led Zeppelin, The Rolling Stones, and Eric Clapton, to name a few. My father had these artists on vinyl albums, tapes, and later, CDs. Now that he’s gone, I smile when I hear “Gimme Shelter” or “Tangerine,” remembering him with bittersweet emotions. My father respected […]

For many of us, handbags hold our entire lives. My life is held in a six-year-old mom purse, coated on the inside with a thin layer of dried Cheerio powder mixed with applesauce and regularly confused with a punching bag. I have a running joke with my colleagues at Data Points that I’m not buying a new […]

The Luxury of Indiscriminate Spending

Think about items that could be passed down to the next generation: jewelry, artwork, a treasured photograph, or a favorite book. What about the luxury of not being frugal? The luxury to buy whatever one wants? Are affluent parents passing down that “luxury” unknowingly? For those not fortunate enough to inherit large lump sums or […]

Finding The Millionaire Next Door

By Sarah Fallaw on Feb 16th, 2016 in Current Events, Psychology and Careers

Where is the millionaire next door? Part of my father’s role as an advisor to DataPoints was to guide the creation of assessments that could measure the same factors critical to building wealth in a broad population of financial decision-makers, not just the wealthy or those with high incomes. The assessments, measures of behaviors and life […]

Checked Out of Work

By Sarah Fallaw on Jan 29th, 2016 in Psychology and Careers 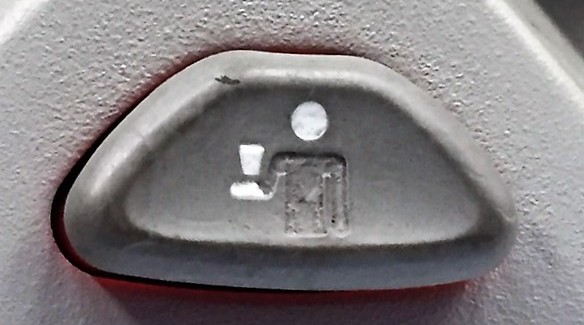 Last week, before the storms hit the Northeast, the gate agent on my flight from Atlanta to Philadelphia let us know we might be delayed because “we are waiting on one of our flight attendants.” I wondered why she was late and, if it wasn’t because of an emergency, if she had checked out of work. If you’ve […]

By Sarah Fallaw on Dec 30th, 2015 in Psychology and Careers

How will you spend your time, emotions, and brainpower in the new year? From becoming emotionally involved in politics to the drama in what neighbors are buying, my father recognized that distractions could be a key source of why many struggle to become financially independent or achieve other goals. He gave us this advice on financial fitness last January: […]

This year has been a challenging one, made brighter by the support and kind words we have received from around the world. My family and I have read your emails, comments, and letters and are truly touched by the impact that my father’s work had on so many. My wish for the new year is […]

How will you spend the day after Thanksgiving? Here’s some research that might influence your decision. In our 2015 survey of affluent Americans–a group that represents the top wealth holders in the United States–we asked how many times they participated in in-store Black Friday shopping in the past five years. Only 2% said they had participated […]

A New Home for The Millionaire Next Door

By Sarah Fallaw on Nov 3rd, 2015 in Current Events

Always a teacher, my father loved uncovering hidden trends in the economy, in consumer behavior, and in marketing research, and then sharing them with others. He loved reading articles in newspapers, cutting them out, making notes all over the margins, and then turning those findings into essays on how individuals approach money. I would share […]