The Gift of Data

By Sarah Fallaw on Dec 22nd, 2016 in Books and Publications, Current Events 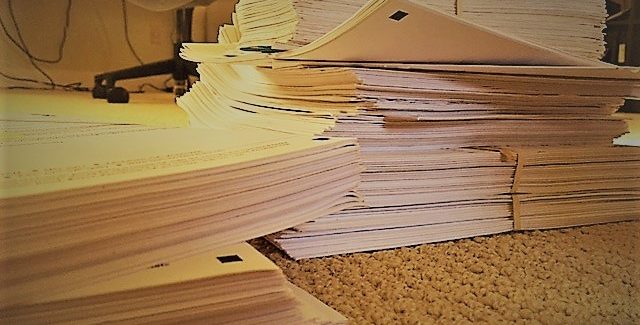 The follow up to The Millionaire Next Door is underway, and part of that effort has been analyzing data and merging the findings into the drafted chapters of the new book. A few weeks ago, I visited the team at Kennesaw State University who worked with us to administer the massive survey to assess the habits, behaviors, […]

By Sarah Fallaw on Jun 17th, 2015 in For Marketing & Sales Professionals

While going through some training materials in my father’s archives this morning, I found a section that defined networking via an example geared towards attorneys. Regardless of your industry, it is a great summary for effective business development and was the focus of the book Networking with the Affluent, published this month back in 1993. From his workbook: […]

I have noticed in the last week or so that I have felt more excited, proud, interested and attentive.  Conversely, I have felt less hostile, ashamed, nervous, jittery and guilty.  I thought this euphoria might have something to do with the upswings in the sales of my books or possibly the new Toyota 2010 4-Runner brochure I received.  […]

Do you ever wonder why the large majority of millionaires have little interest in early retirement?  It is more than love of the job. Most, 81% of millionaires, selected their vocation because: My job/career allows me full use of my abilities and aptitudes. It is a whole lot easier to become an economic success if […]

Year ‘Round Gifts: Clients for Life

Still looking for that perfect gift for your clients or business associates? Below I describe the ultimate gift for anyone in business. What is the most powerful method of influencing those who influence many other affluent prospects? As a general rule, it is the dimension of networking called “revenue enhancement.”  Ask most successful business owners, […]

After giving a presentation to a group of sales and marketing executives, I was approached by a sales manager from the audience. Malcolm told me that, wanting to be a veterinarian, he had started his college career as a zoology major. He didn’t do very well in some of the courses, so he changed his […]